I held three group sessions on Wednesday, one a catch up for those who weren’t able to attend session 2 last week. The catch up group certainly felt the weight of doing two sessions in one as there was a lot to take in.

But I’ve said there will be no further catchups otherwise they will become overwhelmed with all the post session exercises and then give up. And then someone new just joined and I’ll have to think about maybe doing a catch up for her on session 1. But definitely no more going forward!

I have had some great feedback already! One said that he had failed miserably in embracing his new metaphor but that he was noticing patterns that he could work on. And one of the catch up coachees said that it felt like I was talking directly to him.

The session this week was about knowing your priorities, valuing your time, eating the frog and learning to say no. We had some great discussions and learnings from all.

This Stephen Covey quote sums up the lesson perfectly. 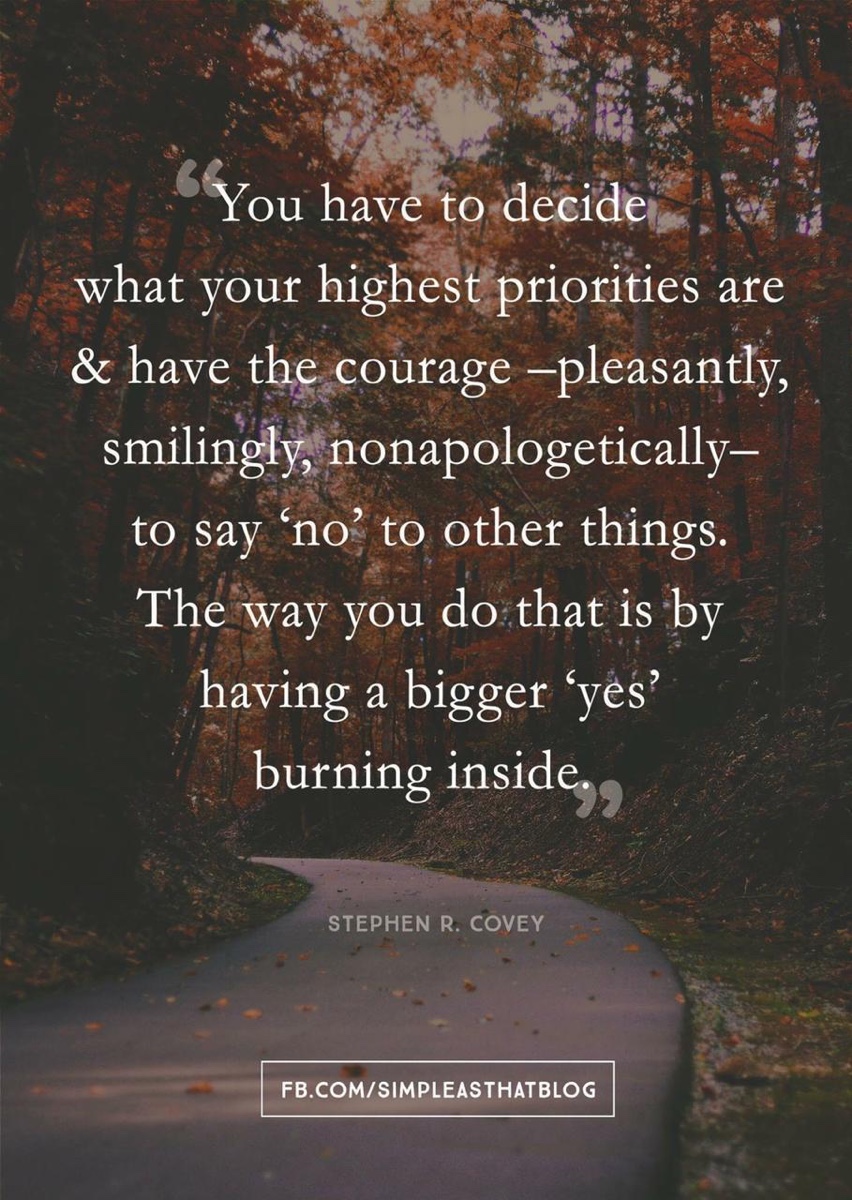